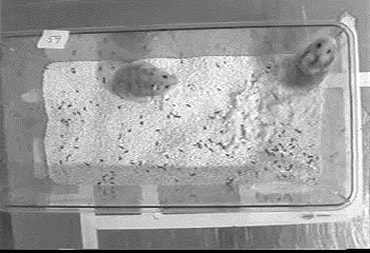 Conditioned Defeat
We use a social defeat stressor in Syrian hamsters to investigate the cellular and molecular mechanisms controlling stress-induced changes in behavior. Hamsters are exposed to a brief aggressive encounter in the home cage of a larger, more aggressive opponent and, the next day, are tested in their own home cage with a smaller, non-aggressive opponent. At testing, hamsters fail to display normal territorial aggression and instead show increased submissive and defensive behavior and social avoidance. This stress-induced change in behavior is called the conditioned defeat response and is used to study the biological basis of stress-related mental illness, including post-traumatic stress disorder (PTSD). 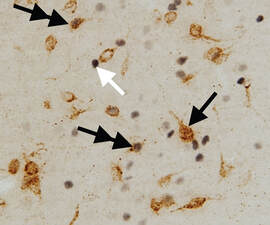 Identifying neural circuits in the vmPFC that promote resistance to social stress
We have tested hamsters with established dominance relationships in our conditioned defeat model and found that dominant individuals show a reduced conditioned defeat response compared to subordinates. Also, we found that dominant hamsters exhibit increased neural activity in the ventral medial prefrontal cortex (vmPFC) during social defeat compared to subordinates (Morrison et al., 2012). We have several ongoing studies targeting the neural pathways in the infralimbic (IL) and prelimbic (PL) regions of the vmPFC that control resistance to conditioned defeat in dominant hamsters. Using a retrograde tract tracing approach, we found that dominant hamsters exhibit greater defeat-induced neural activity in both IL and PL neurons projecting to the basolateral amgydala (BLA) compared to subordinates (Dulka et al., 2018). Similarly, we found that dominants activate another ensemble of vmPFC neurons projecting to the dorsal raphe nucleus (DRN) to a greater degree than subordinates (Grizzell et al., under review). 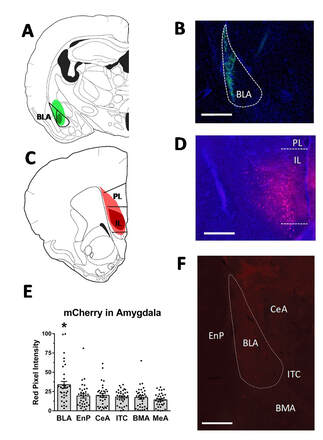 We also used a DREADDs approach to selectively activate IL neurons projecting to the BLA during social defeat stress. We found that chemogenetic activation of BLA-projecting IL neurons reduced conditioned defeat in subordinate hamsters, but did not alter the conditioned defeat response of dominants (Dulka et al., 2020). This finding indicates that selective activation of vmPFC-BLA neurons is sufficient to produce stress resilience in animals that do not ordinarily active this pathway during acute stress. The goal if this line of research is to advance our understanding of the mechanisms by which vmPFC neural circuits coordinate top-down regulation of emotion and promote stress resilience.
Funded by R15 MH107007 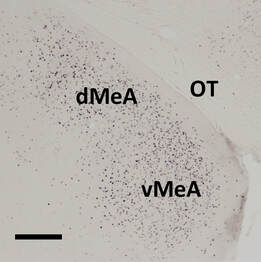 Testing whether social dominance generates stress resilience by producing neural plasticity in the medial amygdala
We have shown that dominant hamsters gradually develop resistance to conditioned defeat during the 2-week maintenance of their dominance relationship (Morrison et al., 2014). We are particularly interested in the experience-dependent neural plasticity that occurs during the maintenance of dominance relationships that supports resistance to conditioned defeat. We have shown that dominant hamsters exhibit a surge in plasma testosterone and an up-regulation of androgen receptors in the medial amygdala (MeA) after winning aggressive encounters (Clinard et al., 2016) . In addition, pharmacological blockade of androgen receptors prevents both the up-regulation of MeA androgen receptors and resistance to conditioned defeat in dominant hamsters (Cooper et al., in prep).

These results suggest that winning aggressive encounters promotes resistance to social defeat stress by enhancing testosterone activity at androgen receptors in select brain regions, such as the MeA. We are pursuing the hypothesis that development of social dominance leads to plasticity in MeA neurons that allows these neurons to activate during social defeat and thereby attenuate the conditioned defeat response.
Funded by R15 MH122946 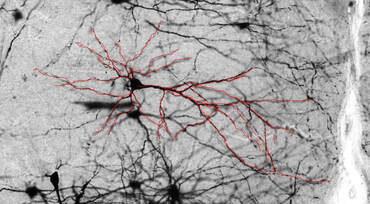 Investigating the effects of social play on neural and behavioral development
Social play during adolescence is crucial for the development of competent social behavior in adulthood. Social play is thought to prune neurons in the vmPFC and strengthen cortical control over the limbic system. We have shown that hamsters deprived of social play during adolescence have longer apical dendrites in the IL and PL and an exaggerated conditioned defeat response in adulthood compared to play-exposed animals (Burleson et al., 2016). In addition, play deprivation dysregulates aggressive behavior in adulthood and increases the conditioned defeat response in both male and female hamsters (Kyle et al., 2019). These findings suggest that social play produces structural plasticity in vmPFC neurons and improves stress coping in adulthood.
Funded by the UTK NeuroNET Research Center